Understanding the generation gap in the construction industry

The construction industry is no stranger to the generation gap in today’s workforce. As Traditionalists (defined as those born between 1927 and 1946) Baby Boomers (1946 and 1964), Generation X (1965 to 1980), Millennials (1981 to 1996), and Generation Y (1981 to 1996), with their varying strengths, upbringings and communication styles are all squeezed onto a construction site, unique challenges are presented. 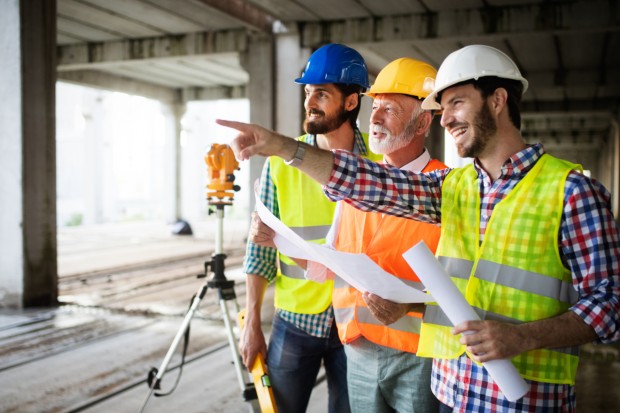 There are many positives that each generation can bring to the table.

While success levels will vary greatly by individual merits, there are some typically defined roles common throughout the industry as seniority comes into play. As Deana Applegate, Director of Human Resources, Indiana at Pepper Construction defines the roles within or her organization:

Of course, painting an entire generation with a broad-stroked brush isn’t entirely fair, as individuals should be judged by their own merits. However, generational intelligence is a must for a well-honed workplace. While Baby Boomers and Traditionalists may not be as tech savvy, they have much to teach the younger generation, not just in terms of knowledge transfer from job experience, but the likes of communication skills and work ethic.

Effective communication is key to managing these groups. Per a post by Cotney Construction Law, LLP:

An important difference among generation groups is the way they communicate and the tools they use. Baby boomers prefer the longer form conversations that phone calls can provide. Gen X and Yers prefer shorter, more targeted conversations via email or text. Millennials enjoy quick, visual conversations via messaging apps. Managers must become adept at all forms of communication and create a plan that integrates them.

Outreach among potential clients and industry partners is important as well. Communication preferences among different audiences will vary – an indicator that all generations can benefit from collaboration and cross-mentoring.

With Generation Z (born in the mid to late 1990s) getting ready to make an impact, the more companies can learn from each generation’s preferences, the better functioning a team can be.

What experiences have you had with managing multiple generations at your organization? Join the conversation with Sto Corp. on Twitter, Facebook, LinkedIn or Instagram, and let us know how you have tackled the challenge.

Historically, it hasn’t been easy for women climbing career ladders in the architecture and construction industries, but leaps are being made and successes celebrated as we move towards an equitable and successful future.

Wearable technology in construction: Bringing new to the tried and true

Wearable technology for construction professionals looks to help the industry make some leaps in terms of productivity and safety.