The effect of the economic downturn on commercial real estate

With retailers, landlords and hoteliers among many of the businesses feeling the pinch for some time, the economic downturn will continue to have a major impact on commercial real estate in the United States and around the globe. 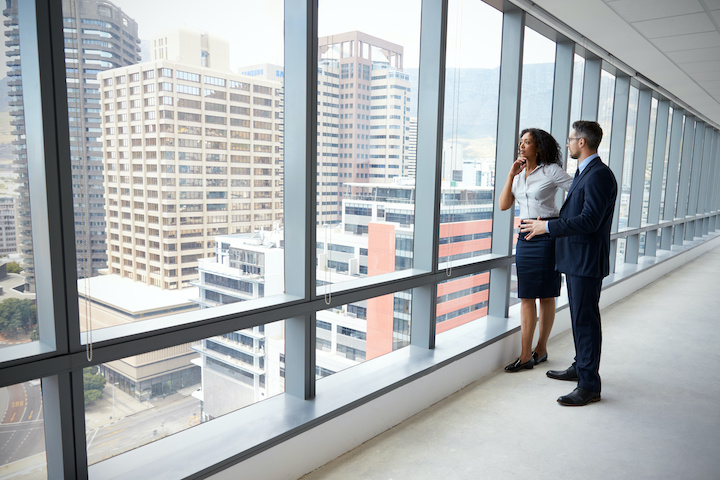 Banks are now hesitant to lend money, which could create a massive ripple effect on economic recovery as a whole. Falling rents and rising vacancies will lead to many building types losing their value. Per The Washington Post,

If U.S. banks absorb big losses on their $2 trillion in commercial real estate loans, the entire economy will suffer. Just the fear of looming bankruptcies and defaults has prompted banks in recent months to restrict new lending, at a time when the virus-ravaged economy needs all the help it can get.

Still, many commercial real estate operators remain optimistic, although with a long-term view. Law firm DLA Piper’s recent State of the Market Survey, which has predictions from some of the larger names in the commercial real estate industry, was taken before last week’s announcement from pharmaceutical giant Pfizer on its potential breakthrough vaccine candidate. As reported in REJournals,

The survey found that more than half of respondents anticipate a return to pre-COVID-19 economic growth within 18 months to two years. A total of 76 percent of survey respondents said the development of a vaccine will have the greatest impact on the global CRE industry. And in good news for many markets across the Midwest, the CRE leaders said that smaller cities will emerge as the top U.S. markets for investments during the next 12 months.

Not all areas of commercial real estate have suffered equally. Industrial real estate continues to boom thanks to the surge in e-commerce, and pharmacies and grocery operators are, for the most part, continuing to perform.

The apartment market has seen some fluctuation, as many in the younger generations have chosen to move back into their parental households as they look to ride out the pandemic. However, there may be a silver lining in some high-demand areas that have been seen as overpriced. Manhattan, for example, saw increases in rentals this October for the first time in over a year, as a drop in prices has lured back buyers.

Navigating the return to the post-COVID office

With vaccine distribution in full swing, many companies and employees are looking forward to some sort of return to a post-COVID office.

With demand for office space decreasing and footprints shrinking, building designers, owners and operators are left with the challenge of filling up unused spaces. This ushers in the opportunity for adaptive reuse strategies.

The issue of restrictive covenants in commercial real estate

A covenant on a property refers to restrictions on its use or obligations tied to the purchase of land. This can determine how a property is used and affect its price.