From fires to flooding, there are a myriad of ways climate change is impacting American cities. 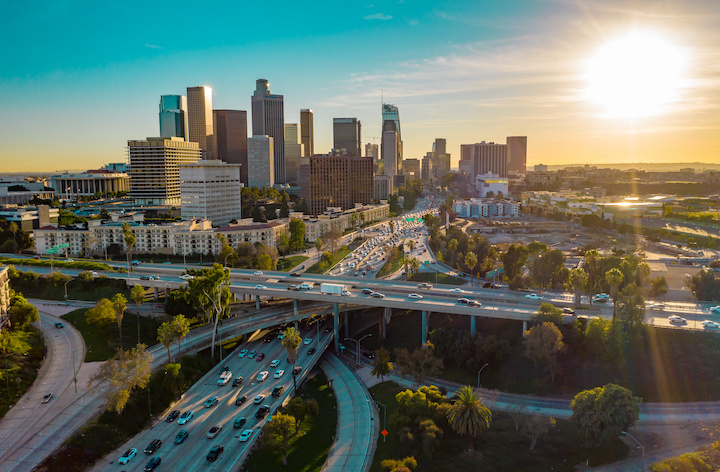 The impacts of flooding

Property damage across other sectors aside, flooding is having an impact on availability of affordable housing. As sea levels rise, the number of affordable housing units exposed to flooding between year 2000 and 2050 is expected to triple, according to journal Environmental Resource Letters, as cited by Bloomberg City Lab. The report says that by mid-century, the U.S. will lose 24,519 units due to flooding, mostly concentrated in northeastern and mid-Atlantic states.

It’s not just flooding that’s cause for concern. Drinking water quality can be affected by the heat and dry spells followed by seasons with increased precipitation. This is currently evident in Indiana, where farming practices have also been affected.

Extreme heat is causing problems with the power grid. Per The Kinder Institute,

During extreme heat, we use an exceptional amount of power to keep ourselves cool. About 20 to 25 percent more power is needed on a 90°F day compared to an 80°F day. When the temps raise to 95°F, nearly 40 percent more power is needed when compared to an 80°F day. Additionally, water needed to cool power plants can evaporate at a faster rate during warmer temperatures, which may force some power plants out of commission.

The intensity of wildfires is also impacted by climate change. Fires have increased in size and scope over the past few decades. Warming temperatures and dry air, along with longer spring and summer seasons, can create a recipe for disaster. A report cited in National Geographic states that the Western fire season has extended by at least 84 days since the 1970s.

With large buildings emitting 39 percent of the world’s carbon emissions and the massive amount of infrastructure required to operate a successful urban environment, cities can play a key role in climate recovery.

With COVID-19 lockdowns ongoing throughout the world, a major decrease in carbon emissions has occurred. While it’s certain emissions will increase when economic activity picks up, some circles are calling for governments to take an opportunity from the crisis and respond with stimulus designed to rebuild with the future in mind.

Cities could have a role in recovery

A recent report of Rocky Mountain Institute and Bloomberg Philanthropies suggests a “large infusion of federal spending along with state and federal policy change” is required to “build back a stronger America” in terms of inclusiveness, resilience and a better path to tackling global warming. The report identifies six sectors: access and mobility, buildings, power, broadband, water, and natural systems where an influx of infrastructure spending can help the country bounce back from COVID while taking steps to a greener environment. Per Smart Cities Dive,

Rather than addressing each sector individually, the report urges city leaders to address them holistically through a comprehensive planning policy that takes into account land-use and other factors, as the interactions between those six sectors can be tremendous. The report notes that a number of cities have already started to address some of those sectors through local-level innovations.

Reducing the operational carbon output of buildings has long been an important topic of discussion, but drilling down even further, the architecture, engineering and construction industries are now turning an eye to embodied carbon. Embodied carbon of building materials refers the amount of carbon that is emitted to produce and transport building materials before they hit the jobsite.