The legacy of the Olympics’ buildings and infrastructure

With the Tokyo Olympics set to start next week, there are a host of logistical issues, including construction and infrastructure challenges, that accompany such a massive event. This has led to some cities deciding to abandon bidding altogether. However, there are success stories. Bid-winning cities have built legacy buildings and support structures that continue to serve the public. 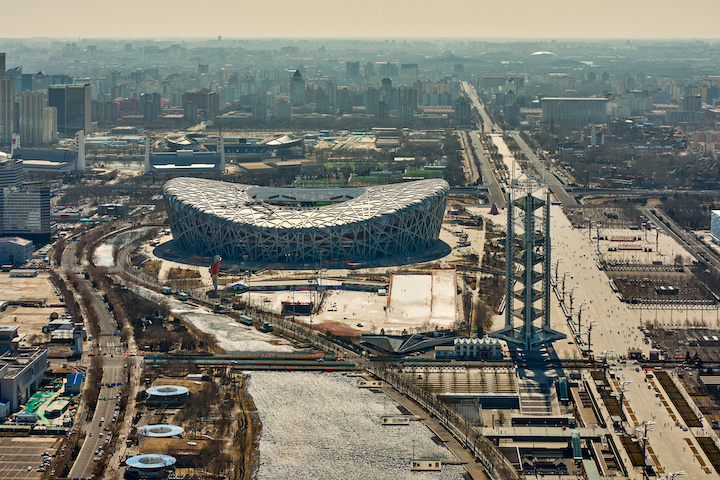 Areal view of the Bird’s Nest stadium and downtown Beijing from the Olympic Park Observation Tower in Beijing, China.

While the bidding process for an Olympics is typically seven to 11 years before the start of the games, a massive amount of construction must occur on a tight deadline, which is typically two to five years. A University of Oxford study states that the Olympics have the highest cost overrun of any type of megaproject in the world and are the only type of megaproject where delivery has never been on budget.

It’s not all doom and gloom. Some cities who host the Olympics take advantage of some much-needed upgrades to infrastructure. For example, just 17 percent of expenditures for the 1992 Barcelona Games went towards sports, while 83 percent was tagged for urban improvement. The 2000 Sydney Olympic Games were celebrated for the lasting impact that new construction had on the city. Sydney’s multi-venue Olympic Park is now a multi-use commercial and residential district that’s hosted multiple high-profile sporting events.

Some stadiums however have fallen into disrepair or have been for the most part abandoned. Per Conde Nast Traveler,

Take the Bird’s Nest in Beijing from the 2008 Summer Games, for instance. When plans to turn the stadium into a shopping and entertainment complex after the Olympics fell through, the stadium remained largely empty, save for a smattering of tourists who pay to tour the behemoth structure and one-off special events. Beijing pays some $9 million each year to maintain the facility. To avoid this fate, South Korea intentionally built its PyeongChang Olympic Stadium to be temporary, demolishing the $109-million structure shortly after the Games ended—a move seen as wasteful to some, but practical to others.

In response to this, the IOC has unveiled initiatives such as Olympic Agenda 2020, which is designed to reduce the cost of bidding and allow host cities to have more flexibility in using existing sports facilities. Bidders are encouraged to develop sustainable strategies and increase outside auditing.

This year, the IOC updated its mandate to Olympic Agenda 2020+5, which is meant to further build on Agenda 2020 with a set of 15 recommendations. While the updated issues focus on solidarity, digitization, and organizational credibility, the issue of sustainable development is still evident, as is “the need to build resilience in the face of the financial and economic consequences that will result from the COVID-19 pandemic and which will influence priority-setting among governments and enterprises.”

Redshift by Autodesk’s Radha Mistry suggests making the infrastructure of future games – such as the Los Angeles 2028 Olympics – part of anticipatory urban development, where long-term development of a city is prioritized over short-term gains. Mistry suggests new oversight roles, such as a Dynamic Resourcing Supervisor and Data Advocates, who could manage a network of projects. Mistry asks,

What if this new team of experts was assembled and commissioned to bring the Olympic design and construction process to fruition? The IOC could incentivize realistic budget planning, increase transparency, and promote sustainable investments that serve the public interest. If the Olympics were repositioned as an opportunity to give local leaders the authority to pursue regional transit and infrastructure goals and give citizens a voice through better access to data-driven insights, outcomes might look very different for host cities.

Reducing the operational carbon output of buildings has long been an important topic of discussion, but drilling down even further, the architecture, engineering and construction industries are now turning an eye to embodied carbon. Embodied carbon of building materials refers the amount of carbon that is emitted to produce and transport building materials before they hit the jobsite.