Predicting the future of cities: How urban working and living may be impacted by the pandemic

Population density within our cities has been the talk of urban planners and the design and construction communities for some time. COVID-19 has thrown a curve at what experts are predicting cities may look like years into the future. 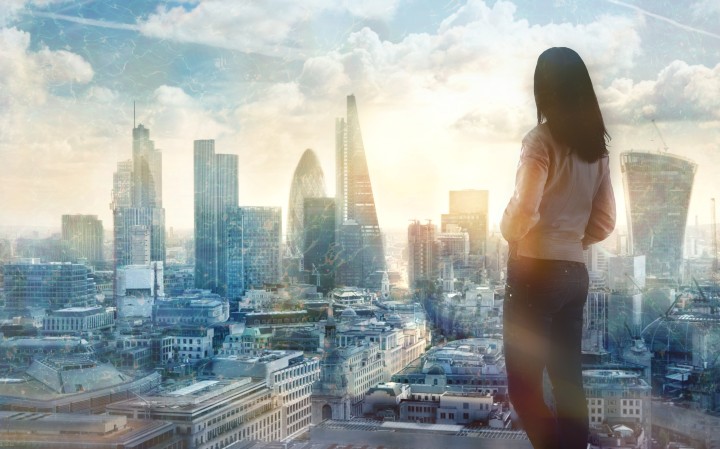 The pandemic has caused a shift to remote work, and there are many differing opinions on what the urban office environment will look like in the future. There’s much speculation that a permanent shift of some sort will occur. With some companies now embracing remote work, a number of employees are looking to move from more expensive downtown cores and into the suburbs for more space at a better cost.

This has some large corporations considering the hub-and-spoke model. The concept refers to corporations reducing the footprint of expensive, urban head offices. The approach focuses on several, smaller regional offices (spokes) that are located across wider areas in support of the now smaller, central urban office (hub) which will still hold spaces for important events.

Research from JLL predicts that the demand for corporate offices will not decrease in the future. Occupancy levels will lower, but with the desire of the workforce to remain the in office with a balanced work-from-home schedule, existing spaces will have to be reworked with social distancing and the mobile workforce in mind. The lure of cities, with better employment opportunities, entertainment options and social scenes, will not greatly diminish, the company says, and employers may need to innovate – even with an eye to outside of the office walls.

In cities, the rapid rise in home working will see radical new approaches to apartment design, accommodating comfortable and productive home workspaces that do not intrude into bedrooms and sitting rooms. Companies may provide incentives or subsidies to help their employees kit out these spaces. Local community facilities, shared creative spaces and convenience retail will also evolve and flourish. Reliable, high-capacity internet connectivity will become essential.

Public transportation remains a struggle, as ridership has dipped across cities. Alternative options to the car must be considered. New York City saw subway ridership decreases by as much as 96 percent in April while climbing up to a 75 percent loss last month. With bicycle shops reporting record business during the summer, experts are predicting the city will see an increase in electric scooters and mopeds. More space will be needed as these vehicles share ever-congested road and parking spaces.

The only certainty at the present is uncertainty. As Jed Kolko, chief economist for job search site Indeed, tells The New York Times,

“How people behave in a pandemic is probably not a great guide to how they want to live their lives in normal times,” Mr. Kolko said. “We are living in the middle of a grand forced experiment, but we really don’t know how the experiment is going to play out.”

What is happening to America’s malls?

The challenges of changing consumer habits and the effects of the pandemic have caused ample hardship for America’s malls.

The future of hotel design and development

Allaying current fears and planning for future outbreaks is a must for hotel operators. Design will be impacted, and enhanced housekeeping measures will not only need to be undertaken but clearly demonstrated to occupants.

Navigating the return to the post-COVID office

With vaccine distribution in full swing, many companies and employees are looking forward to some sort of return to a post-COVID office.