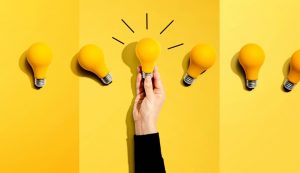 Some buildings can stop you in your tracks. Here is just a sample of unique building façade designs that have us floored by their creativity. Platanenkubus Nagold Designed by architects Ludwig.Schoenle, The Plane Tree Cube was designed as part of the Regional Horticultural show in Nagold in 2012. Per ArchDaily, “With the help of “Plant Addition” techniques, young plane trees are arranged on the walls in plant containers on six levels forming a green cube. Over time, the upper part of this space will be covered by the gradually emerging canopy, while the lower part will become more transparent and dominated by the increasingly knobby and thick trunks.” VM House Designed by Bjarke Ingels Group and JDS Architects, VM House forms the letters V and M when viewed from above. Per World-Architects, “The manipulated perimeter block of the V building is clearly defined in its four corners, but opened internally and along the sides. The vis-à-vis with the neighbouring M house is eliminated by pushing the slab in its centre, ensuring diagonal views to the vast, open fields around. The building volume provides optimal air, daylight and views to all apartments with triangular-shaped balconies characterizing the south facing facade. All apartments have a double-height space to the north and wide panoramic views to the south.” Beijing Daxing International Airport Dubbed, “The Starfish,” Zaha Hadid Architects’ Beijing Daxing International Airport spans 7.5 million square feet and is the world’s largest airport. Per Architizer, “Beijing Daxing was designed to set a new standard in air transport services within a compact and efficient passenger terminal that is adaptable for future growth. The design team worked with Arup to engineer the steel roof, a large-span hyperboloid grid structure that contained over 170,000 steel members.” Arc en Ciel Curvaceous and colorful, Agence Bernard Bühler’s Arc en Ciel encompasses about 40 homes and offices. Per designboom, “Characterized by polychrome louvers that envelop the curved mass, the building is positioned at an intersection and near a shopping center and mimicks the flow of cars, tramway lines and pedestrian paths. the translucent panels are interrupted only by concrete volumes that serve as extensions of terraces and are bookended with equally bright planes. While the first level is fully glazed office spaces, curved hallways serve as the interior circulation for a network of apartments. The colorful cladding distinguishes the otherwise standard program from the suburban surroundings and additionally catches chromatically altered bits of the landscape. “ El Blok Hotel The perforated exterior designed by Architecture firm Fuster + Partners is inspired by a block of corral removed from the ocean. Per Architectural Digest, “The compact 22-room hotel is LEED Gold certified and sports a sinuous form inspired by the […]

In March, the AWCI (Association of the Wall & Ceiling Industry) celebrated its 100th Anniversary…

The U.S. Department of Energy (DOE) has introduced a new web-based financing navigator to help…