Historically, it hasn’t been easy for women climbing career ladders in the architecture and construction industries, but leaps are being made and successes celebrated as we move towards an equitable and successful future. As we close out Women’s History Month and are on the heels of Women in Construction Week, let’s take a look at some of the successes women have made in the building and design industry and the challenges that lay ahead. 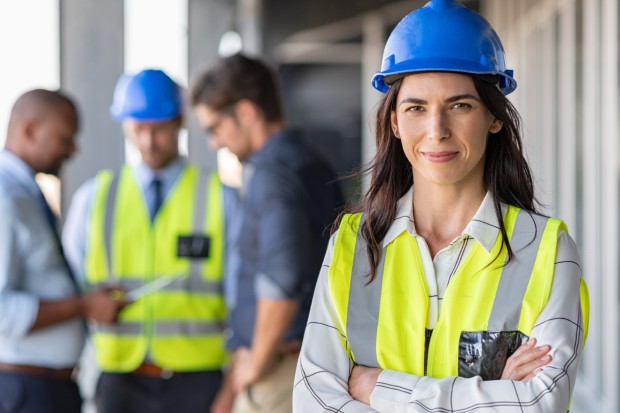 An AIA-produced feature for Architect Magazine has noted that while women and men are now enrolling in architecture schools in approximately equal numbers, women represent only one in five licensed practitioners. The feature also cites The Business of Architecture 2018 report, which “shows that the share of women in principal or partnership roles at architecture firms has increased by 18 percentage points in the last 10 years, with a 10-point gain in just the last two years. Women in firms across the country are staking a claim for themselves, and firms are rapidly supporting them.”

The AIA held its sixth Women’s Leadership Summit this past September, where 750 architects and design professionals came together to discuss equity and advancement. The theme Reframe. Rethink. Refresh. encouraged attendees to focus less on the challenges of the past and focus on building hard-earned momentum. Leadership was a key topic, as was empowerment and the need for a bigger professional network where collective shared experiences can be gained.

The construction industry faces what appears to be an even bigger uphill challenge. Between just nine and 10 percent of those employed in the construction industry are women – and that number skews towards off-site work. Many of the women employed by construction companies are in sales and office roles (28 percent) or professional and management roles (44 percent), per National Association of Women in Construction (NAWIC). With an oft-cited shortage of on-site workforce in the industry, construction organizations can only benefit from drawing more females into the workforce as well as retaining them.

There are some positives coming about in the construction industry, as initiatives are popping up to help draw employment interest in among women. Per Construction Drive,

In New York City, Non-Traditional Employment for Women (NEW) offers a two-month apprenticeship training program that can be the first step toward a union construction job for some of those completing the NEW program, as 15 percent of local union apprenticeships are set aside for NEW graduates. Meanwhile, the Boston-area Northeast Center for Tradeswomen’s Equity helps women gain access to apprenticeship programs for virtually all union trade positions and educates them on the excellent pay opportunities, benefits and career opportunities available.

There is still much work to be done. In the construction industry for example, finding basic safety equipment like harnesses and work gloves that have women’s bodies in mind can be a challenge. Some job sites aren’t equipped with women’s bathrooms.

Cultural issues are in need of adaptation as well. A flash mob with over 100 attendees took place at the Venice Architecture Biennale in 2018. Prominent female industry leaders released a manifesto in an effort to “raise awareness to combat pervasive prejudices and disrespectful behavior that appears to be systemic in our culture and discipline.”

Some buildings can stop you in your tracks. Here is just a sample of unique building façade designs that have us floored by their creativity.

Here is a round-up of movie suggestions from top design publications for architectural inspiration.

This collection of unexpected exterior building designs are some of our favorites that stand out from the crowd.