Is it possible to go beyond sustainable building design?

While sustainable building design refers to producing and operating buildings that put less strain on the planet and resources, regenerative design goes much further. Regenerative design has the goal of producing buildings that have a net-positive impact on their surroundings – restoring or improving their locales rather than aiming for less harm. 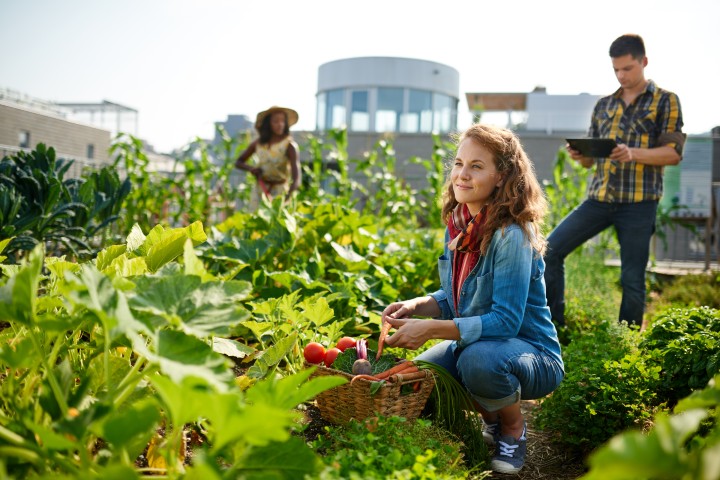 Examples of regenerative design can include buildings that produce more energy than they consume, capture rainwater or include wastewater treatment options, restore habitat for plant and wildlife, or produce sustenance for the community through green roof gardening.

Biomimicry – the emulation of the models, systems, and elements of nature for the purpose of solving complex human problems – presents a compelling concept for advancements in regenerative design. As HMC Architects states in its blog, Regenerative Architecture Principles: A Departure From Modern Sustainable Design,

Designing buildings that incorporate biomimicry in such a way that they actually give back to the environment rather than solely take from it is what excites us the most. There are innovations out there that are testing this frontier, and it’s not only exciting but promising. Whether it is a building cladding system that purifies stormwater, an air-cleansing building skin, or a mechanical system that captures carbon to combat greenhouse gas emissions, these innovations are thinking ahead, and their adoption could help push the building industry in the right direction.

The movement to push aside standards such as LEED and go further appears in its infancy, but the voices such as Peter Busby, managing director of the San Francisco office of Perkins + Will, are offering compelling arguments. While stating that he doesn’t want to “trash LEED,” and that there isn’t yet a perfect example of a fully regenerative building, Bubsy tells Bloomberg CityLab:

“…[LEED is] a tool that says what you’re doing is less bad,” he says. “I’m interested in the cutting edge of sustainable design, which looks at first principles, rather than compliance with a certain rating system. We know a lot about best practices. But we’ve shied away from establishing must-do’s. Our attitude is a bit laissez-faire … during this learning phase of how to do regenerative design, the process should be open-ended. We should learn from each other in terms of what things are working and what things aren’t.”