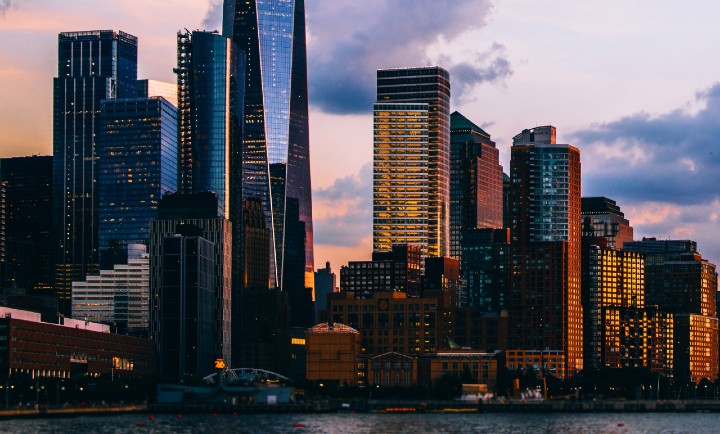 “We are going to introduce legislation to ban the glass and steel skyscrapers that have contributed so much to global warming,” de Blasio told a press conference. “They have no place in our city or on our Earth anymore.”

But not so fast. Details remain lacking, and the proposal does not amount to a ban on the glass and steel in New York’s commercial buildings. According to the New York Times, de Blasio plans would institute energy code requirements as a perquisite for a building permit, with a government spokesperson pointing out that this measure does not involve a building materials ban.

“I’m not too sure where the data and research comes from in terms of saying that glass and steel is less efficient than, say, concrete,” Carl Hum, the general counsel of the Real Estate Board of New York, tells Curbed, adding concrete has its own sets of “limitations,” including its ability to retain heat. He noted it is doubtful an old concrete building with a dirty boiler run by heating oil would be less energy efficient than a new glass and steel building with state-of-the-art heating and insulation.

Many buildings with glass exteriors have been erected in recent times that either meet or exceed LEED building standards. Energy efficiency in glass has advanced exponentially over time, and new buildings have seen the benefit.

Coinciding with de Blasio’s statement was the passing of the City’s ambitious Climate Mobilization Act, which requires the majority of existing buildings to cut carbon emissions starting with a 2024 deadline, with an eye to reducing overall emissions by 40 percent by 2030 and 80 percent by 2050.

A high-performance cladding system deflects, drains, and evaporates moisture on the outside and inside of…

Using recycled building materials or materials that contain recycled content is a straightforward step to sustainability for building designers and construction professionals.

Architects refer to a building's exterior wall as its facade. Architectural facades set the building's style, from a unique facade with glass cladding and asymmetrical windows to a welcoming facing with warm brick, expansive windows, and a large porch.